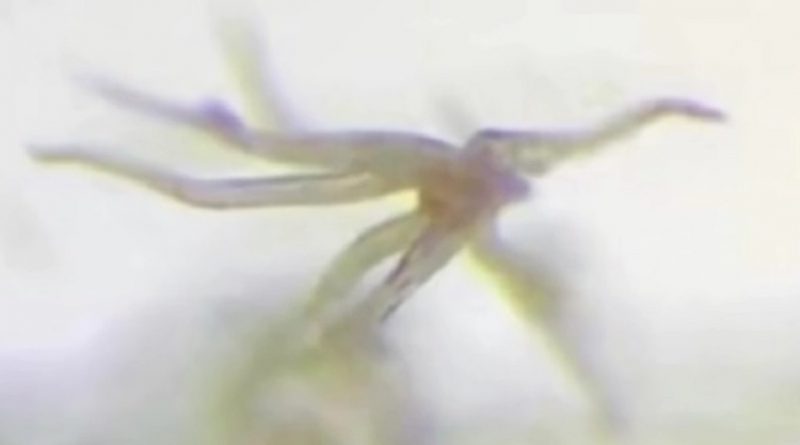 The people of the Earth are being lied to, and it is time to deal with the consequences. This is not science fiction folks; it is science fact.

THE TELL – HOW TO KNOW WE ARE BEING BULLSHITTED

Why are they so afraid of the man who invented the mRNA Vaccine?

October 2, 2021
‘They Have Blocked My IP Address’: mRNA Vaccine Inventor ‘Blocked’ From Reading New England Journal of Medicine
This is fascinating.
I am apparently no longer allowed to read the New England Journal of Medicine.
They have blocked my internet protocol address. pic.twitter.com/lWWEPhxXLN
— Robert W Malone, MD (@RWMaloneMD) October 7, 2021

In less than sixty-days I will be unemployed. On the day after I am terminated for not taking the COVID-19 Vaccine, I can have more of a public presence.

The United States and the West are being set up to be destroyed. The war with China is very close. Consider what I have written about Dumitru Duduman’s prophecies that when a war with China starts, Russia will also attack.

There were certain signposts on my timeline that I have provided readers with over the years that may be indicators of such an attack. If you have read the book, just use the search function on the Front Page Menu to look up your topic such as: Dumitru Duduman or The Great Scandal.

The Games of Slaughter Prophecy was just such a signpost and a major one. Honestly, I believed that it would be a terrorist attack or war opening around the 2020 Tokyo Summer Olympics; that is in my 2019 book Nostradamus and The Third Age of Mars, The Complete Prophecies of World War III. We now know that this was over four-million COVID-19 deaths.

Look how much has passed that I predicted in that book; The Games of Slaughter Prophecy, The Great Scandal Prophecy, The Trump Coup d’état Prophecy, and The Capitol Riot. Those are major hits dear readers. Are some of you still reading Web Bot Reports or paying attention to Remote Viewers, or maybe thinking Alex Jones or Steve Quayle have a bead on the future?

Has anyone else identified or predicted Nostradamus’ Physician of the Great Disease? Has anyone asked how this prediction can be on this Website for the last fourteen-years and still be ignored by the Alternative Media during a history changing pandemic?

Nostradamus Physician of the Great Disease seems to reside in Brussels. Clearly, at the Wuhan Laboratory, China, Western health organizations, and Dr. Fauchi were working hand-in-hand. Again, that is another very successful interpretation on my part.

Jeffrey Epstein is dead and the government plays stupid; therefore, The Great Scandal Prophecy simmers as unfinished business in the minds of the plebeian class; The Games of Slaughter Prophecy turned out to be COVID-19 that bridged the 2020 to 2021 Tokyo Summer Olympics; so prophecies of Doom and Gloom slip subtly by and it is death by a thousand-cuts. We are basically down to Global Economic Collapse and war.

There are four Western ally aircraft carrier task forces in the South China Sea at the moment, a certain indicator of approaching war. 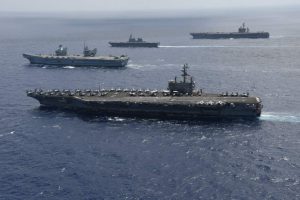 The recent “Submarine Accident” was most likely anti-submarine warfare with an unexpected or expected Chinese submarine drone.

October 4, 2021
U.S., U.K. Aircraft Carriers Drill with Japanese Big Deck Warship in the Western Pacific
One of the Navy’s Most Advanced (And Secretive) Subs Just Suffered an Underwater Collision

The submarine, one of only three Seawolf-class subs, was operating in the South China Sea when the collision took place.

Tighten your seat-belts readers, this is the crazy part of the ride that I have been writing about for a very long time.

Nostradamus Epistle: Paragraph 31:1
Then the impurities and abominations, will to great shame, be brought out and manifested in the darkness of the obscured light; [it] will cease towards the end of the change in reign.

TRANSLATION: Nostradamus Epistle: Paragraph 31:1
Then abominable secrets will be brought out from the dark and obscure world of intelligence operations and bring great shame and great scandal to political leaders. It will cease near the end of a change of leaders.

Nostradamus Epistle: Paragraph 31:2
The chiefs of the Church will be backward in the love of God, and several of them will apostatize from the true faith.

TRANSLATION: Nostradamus Epistle: Paragraph 31:2
Religious leaders that have supported and lobbied for these corrupt politicians will be shown not to have practiced the true faith that they have preached.

Nostradamus Epistle: Paragraph 31:3
Of the three sects, that in the middle, because of its own partisans, will be somewhat thrown into decadence.

TRANSLATION: Nostradamus Epistle: Paragraph 31:3
Of the three brothers, the middle brother, because of national pride and Russian President Vladimir Putin’s consolidation of power, will have lessened the influence of transnational criminal organizations, and only a few politicians from the Eastern Orthodox Churches will be affected by the worldwide scandal.

Nostradamus Epistle: Paragraph 31:4
The first will be totally undone in all of Europe and part of Africa by the third, by means of the poor in spirit who, aroused by madmen through libidinous luxury, [who] will adulterate.

TRANSLATION: Nostradamus Epistle: Paragraph 31:4
The first brother, the Roman Catholic Church, will be completely undone in Europe and part of Africa through its connections with and the actions perpetrated by the third brother who will be led by the Third Antichrist.

The level of corruption seen in the leaders and lobbyists of these churches will be so egregious that it will arouse the poor in spirit. They will be emboldened and rise up after being shown the excesses of these madmen who lived in luxury and were involved in child prostitution and the sex slave trade.

Nostradamus Epistle: Paragraph 32:1
The supporting common people will rise up and chase out the adherents of the legislators.

TRANSLATION: Nostradamus Epistle: Paragraph 32:1
The common people will support the poor that rise up, and they will chase out the corporate lobbyists that have corrupted the legislators.

THE WAR IN THE ORIENT

Nostradamus Epistle: Paragraph 32:2
And the way realms will have been weakened by those of the Orient…

TRANSLATION: Nostradamus Epistle: Paragraph 32:2
And the world economic system will weaken and collapse after North Korea and the United States go to war. China will immediately abandon the American dollar as the world’s reserve currency.

Obviously, “realms weakened by those of the Orient” is COVID-19. This is another very successful interpretation. Readers should also note that I wrote that 2020 was the year of The Great Plague based on my solving of Nostradamus’ Dating Code.

Nostradamus Epistle: Paragraph 32:3
It will seem that God the Creator has loosed Satan from the prisons of hell to give birth to the great Dog and Dohan,

TRANSLATION: Nostradamus Epistle: Paragraph 32:3
After the collapse of the dollar and the global economic chaos that ensues, [Gog and Magog] will be given the powers of Satan and set free from the prisons of hell.

Nostradamus Epistle: Paragraph 32:4
Who will make such an abominable breach in the Churches that neither the reds nor the whites without eyes nor hands will know what to make of it.

Nostradamus Epistle: Paragraph 32:5
And their power will be taken from them.

TRANSLATION: Nostradamus Epistle: Paragraph 32:4
Neither Christians nor Muslims, without communications or mobility, will understand what is happening to them.

TRANSLATION: Nostradamus Epistle: Paragraph 32:5
Their technological power will be taken from them.

Nostradamus and The Third Age of Mars, The Complete Prophecies of World War III
G. A. Stewart, 2019, Page 515
I believe the prediction “without eyes nor hands will know what to make of it” is the description of an Electromagnetic Pulse attack on the United States and/or NATO. The allusions being, “eyes” for satellites and “hands” the ability to control.

Of the three potential candidates most likely to deliver the attack Russia, North Korea, or China, the last two are my choice. This keeps the Orient in Asia.

Consider that an EMP attack against the United States would kill any information related to The Great Scandal from getting out. America would also be ready for President Joe Biden to allow United Nation’s “Peace Keeping Forces” to “keep law and order” after the collapse of the nation’s electrical grid.

The point of all my research on Nostradamus’ prophecies has been to show how interconnected each prophecy is; they are all part of a gigantic jigsaw-puzzle.

We are all at a dangerous part of the curve now. I was hoping that we had until Spring, but I fear that Spring is the terminal collapse point of civilization, and the events that lead to what the Spring has in store will be kicked-off by what occurs very soon. It is hard to keep one-step ahead of an avalanche.

G. A. Stewart’s Nostradamus Compendium is almost complete. I would like to thank Mario Gregorio’s website for all the information that has been collected regarding Nostradamus’ prophecies.

Problèmes de chronologie néo-centurique, Jacques Halbronn, 6/5/2011
If we can speak of ‘our “thesis”, it could be summed up in one formula: the nostradamic centuries are the result of a collective work, spread out over time which only found its “official” and “final” form. ‘in the middle of the 17th century, after a century of tribulation…

The idea is launched, that of successive generations of forgers – but not necessarily working together – and this already from the time of Nostradamus until today.

My book is taking a little longer, because it has become a formal rebuttal to the Real Nostradamus Experts who have chosen not to believe. They have missed the forest for the trees.

There is only one man who made Nostradamus the rock star that he is today, and that was Nostradamus’ son, César Nostradamus.

It is all in my upcoming book, including the most exacting look at all of Nostradamus’ prophecies. 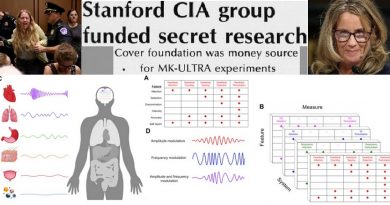 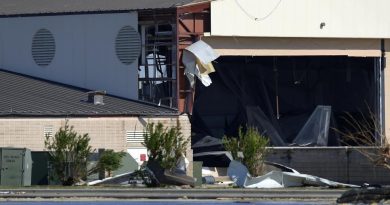 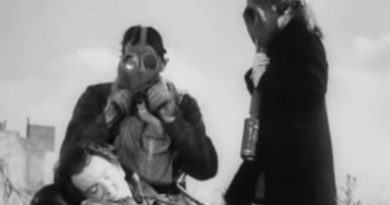