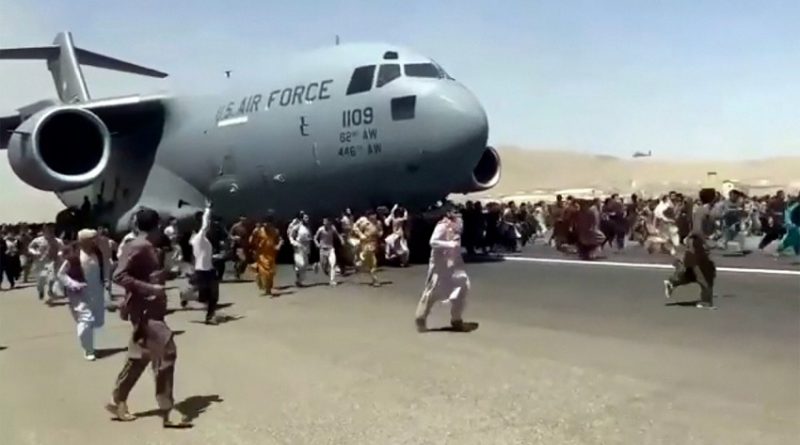 As fate would have it, I was going through my second revision of G. A. Stewart’s Nostradamus Compendium, and I had stopped at Quatrain II-44 last night.

Nostradamus Quatrain II-44
The eagle driven back around the tents
Will be chased from there by other birds,
When the noise of cymbals, trumpets and bells
Restores the senses of the senseless lady.

Nostradamus and The Third Age of Mars, The Complete Prophecies of World War III, G.A. Stewart, 2019, Page 589.
“The Eagle driven back around the tents” suggests that the United States Air Force will lose air superiority over skies over the Levant, “Will be chased from there by other birds” perhaps by the Russian’s S-400 missile system or their 5th generation fighters.

In reality, I had expected Donald J. Trump to follow Israel’s lead, and go to war with Syria and Iran, with Russia first engaging in a third party capacity in the Middle East.

After the outbreak of that sudden war, I expected to see stranded elements of the U.S. military in both the Middle East and Afghanistan, and I wrote about that in 2010.

Nostradamus Quatrain IV-50
Libra [the balance] will see Hesperia [America] reign,
Holding rule over heaven and earth:
The forces of Asia nobody shall see perish
When seven hold the hierarchy in order.

Nostradamus and The Third Age of Mars, The Complete Prophecies of World War III, G.A. Stewart, 2019, Page 688
In Greek mythology, Hesperides was the daughter of Atlas and she stood guard before the tree with golden branches and golden apples. Hesperia was the Western Lands where she resided. By convention throughout this book, this author considers this an allusion to America.

I believe The Seven who hold the hierarchy is the Group of Seven Nations.

There may be two interpretations regarding the predictions in this poem, “The forces of Asia nobody shall see perish” may be NATO forces that become surrounded in Afghanistan and Baghdad after Iran and Russia defeat the West in the Levant. According to The Sixains, troops will be frozen in place during the ceasefire and False Peace.

The second interpretation could be the nuclear destruction of Chinese forces in the Pacific in response to China sinking elements of the 7th Fleet. The United States may respond with a nuclear attack to keep China from conquering Taiwan and South Korea.

“Libra [the balance] will see Hesperia [America] reign”, “When seven hold the hierarchy in order” suggests that the second interpretation applies.

In my scenario, all of this leads to The Great Siege of Baghdad. I first warned about this in 2010. 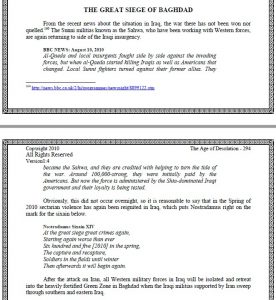 This is another spot-on successful prediction from material that I wrote over eleven-years ago.

I have been putting all of my free time in to finishing G. A. Stewart’s Nostradamus Compendium.

It is epic; I am very happy with my work. It is the definitive reference on all of Nostradamus’ known prophecies, whether considered forgeries or not by the Nostradamus Experts; whoever they might be.

Besides the four unknown Presages that I published on this Website in 2016 and in my 2017 book, I have also made some new discoveries.

I have one-hundred-years worth of Nostradamus’ manuscripts going all the way back to the first in 1555, and compiling them has been a seven-year task. I have discovered the missing 1556 Presages; and it turned out to be the last file that I had to examine.

The work has been very detailed, going over the fine points of a century’s worth of Nostradamus’ manuscripts; I also include the obvious forgeries, some that hold library seals, because this has been my reference book for the last two books that I have written. I believe this book will be the new standard in All-things Nostradamus.

I have been watching events in Afghanistan because I served in the Persian Gulf.

As I wrote, “this was my helicopter for four-years. It carried every kind of ordinance known to humanity, conventional and nuclear. The best thing it ever did was save about five-and-something lives.”

That is me, over four-decades ago, hanging out of my helicopter, picking up more Vietnamese refugees after the fall of South Vietnam.

What did I write about leaving troops behind in my last Post. 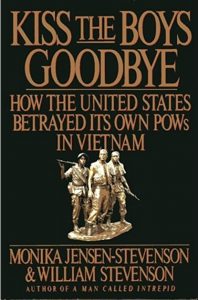 Therefore, I have a long history with the crap that I am seeing now on the Internet and television. I have been asked, and offered a lot of money, to work overseas, generally for tin-pot Dictators. My answer was and is always no, because of the history seen in those pictures.

I was stuck in South Korea after the assassination of the President and the implementation of Martial Law. We were bored with no flight hours during a long stay in Japan, and so four of us decided to take my helicopter and fly across the Sea of Japan to a friendly airbase in South Korea just in time for the assassination of President Park Chung-hee.

We arrived the night before, and then for most of the next two days, we spent dodging military checkpoints, trying to get back to my helicopter. Nobody, including the locals, knew who were the Good Guys and who were the Bad Guys.

That was not my first go at dodging Martial Law. South Korea is a modern country. You have not lived until you have been chased down the side streets of you-do-not-know-where in a third-world country by soldiers who were pissed off that you were trying to evade a Martial Law curfew and also ignoring their calls to “halt”.

So, having been around the serious side of the world, I really feel for these people that were left in Afghanistan. It is a major broken promise.

I have been in those same shoes and offered jobs in that same corner of the world. You look at the money in the right-hand, and then look at the what-ifs in the left-hand and then you make your decision. Even with a good measuring system regarding reality, sometimes you just do not know.

The 21st century United States military has become a Mercenary Force, dependent upon contractors who believe in the system and the promise that someone will get you out. Frankly, I have never believed in the system, and obviously that was justified by recent events in Afghanistan.

I have been trying to ignore it all while I finish this next book; my real job is hard enough. I am working another Saturday tomorrow, but grateful for the work while it lasts.

This morning with a fresh cup of coffee in hand, I read through the news and a few of my remaining favorite websites; I dropped off a quick comment on George Ure’s website, and then other people began asking questions about the Nostradamus quote that I left, and this Post was the result.

August 27, 2019
Kabulshit while the Markets Line Up Suckers

The reality is that I have seen this kind of shit for over forty-years; you can see it in the faces of those poor Vietnamese refugees on my helicopter a generation ago. We learn nothing. This is not an opinion piece. I am a witness to the history. It is why I detest bullshit and posers.

Having witnessed the failure of the system personally, I am always cautious and realistic about its limitations.

The Eagle Retreats is the beginning; it is part of a Triplicate Series.

What does this mean? It all sounds crazy, right? Beware the day The Common Person On The Street figures it out. That will take an epic event; maybe that is what Quatrain II-45 is all about.

The lines from Quatrain II-44, “When the noise of cymbals, trumpets and bells Restores the senses of the senseless lady” is certainly a reference to the United States.

In Quatrain II-45, “By death too late a great people re-created” is a reference to a “great people” who are “re-created” after the revelation of a secret related to someone who Nostradamus called, “the Androgyne created”.

All I can say is consider an almost five-hundred-year old prophecy and consider almost two decades of rumors.

Clearly, Joe Biden’s massive incompetence portends his early departure as the phony President of the United States. What worries me most is Nostradamus Quatrain III-59.

Barbarian [Islamic] Empire usurped by the third [Antichrist] connects the dots on why Joe Biden is going to be the fall guy for a limited nuclear war, and why we will most likely see the return of both Nostradamus’ Black King, Barack Obama, and his Sabine King, Donald J. Trump. That is why it is called Civil War.

I have also been coming to the conclusion that Nostradamus’ GAMES OF SLAUGHTER 2020 was the worldwide COVID-19 pandemic. In many countries the dead were stored in temporary morgues. The 2020 Summer Olympics became the 2021 Summer Olympics, and spans the outbreak of the release of the biological weapon known as COVID-19.

With that in mind, this moves us up on my timeline, and so Joe Biden’s ultimate departure does not bode well at all.

Since I have been spending all of my spare time finishing my Nostradamus Compendium, I have decided to postpone further Updates, including Part III of The Pestilent Wave.

I have put the entire collection of Nostradamus’ prophecies into one large book, and that includes a serious examination of the first one hundred-years of Nostradamus published writings. I have been going over every prophecy, and I find the evolution very fascinating. There has never been a more accurate book based on the oldest original editions.

In conjunction with my Nostradamus Compendium, I am also putting all of the World War III Prophecies in the sequential order that they were published into one book and then providing a short commentary on each. I will be including an Updated timeline from my 2019 book, Nostradamus and The Third Age of Mars, The Complete Prophecies of World War III.

As readers will be able to tell from my Nostradamus Compendium, there are some prophecies that I did not include in my 2019 book, because out of sequence, a borderline interpretation of one isolated prophecy is difficult to see or place. When read in the sequence of prophecies in which it belongs, it finds a place and meaning.

This is why the Triplicate Series are so important to the overall body of Nostradamus’ work.

Hopefully, G. A. Stewart’s Nostradamus Compendium will be up for sale by next week.

When I get to Part III of The Pestilent Wave, I will be taking a look at what I think Ferrofluid Lens Photography is telling us about the Nature of Physical Reality. 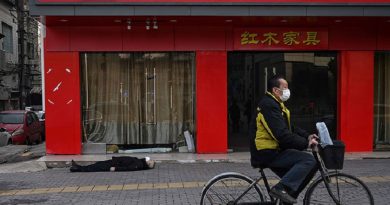 Protected: THE PHYSICIAN OF THE GREAT DISEASE

February 5, 2020 G. A. STEWART Comments Off on Protected: THE PHYSICIAN OF THE GREAT DISEASE 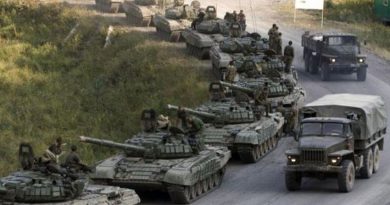 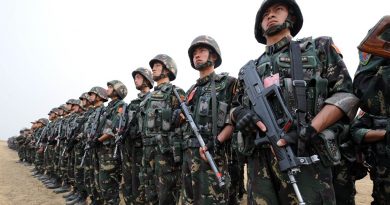 So, the jury once again returns a verdict on reality. COVID-19 vials shipped to Japan contained magnetic particles. August 27,