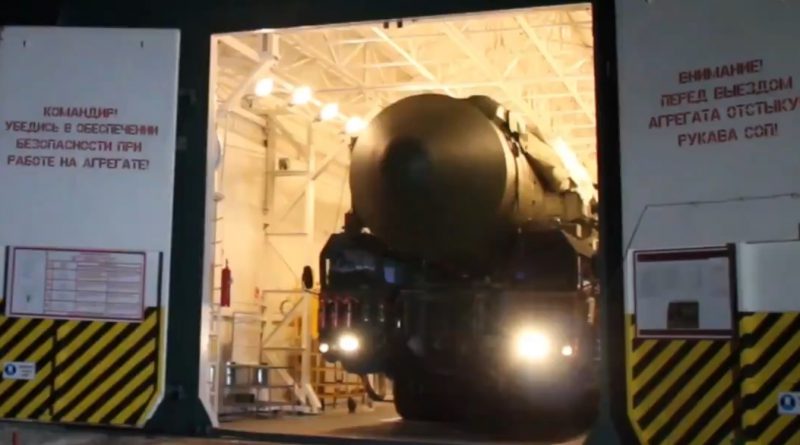 One day, I hope to get credit for giving readers of this Website a heads up on World War III, which according to Nostradamus began on March 19th, 2011, when Barack Obama gave the order for NATO to attack Libya. However, the Mainstream Media will soon be reporting that World War III is here.

What we are approaching now is the nuclear part of World War III.

March 31, 2021
Russian Armor Floods Toward Border With Ukraine Amid Fears Of An “Imminent Crisis”

So many websites have sold Web Bot Forecasting, Remote Viewing Forecasting, I have just provided readers with a new view of Nostradamus’ prophecies in conjunction with other well-known prophecies. It is my hope that every Website that comes to this site links my Post Easter Bunnies and Madmen as well as this Post, Russia Rolls Out The Nukes.

Hal Turner has several posts on his site that indicate a war between Ukraine and Russia can begin at any moment. The Mainstream Media is slowly releasing news of the outbreak of fighting in Eastern Ukraine.

March 29, 2021
Ukraine’s Military Buildup Against Rebel Donbass Continues, Summer War Feared
The other reason is that quite a few people I know who are connected with the Donbass are near certain about a coming conflict to an extent that I don’t recall seeing in years… Expected timeline appears to be late April to July.

I expect events to unfold sooner than that.

March 31, 2021
US military raises Europe threat level to ‘potential imminent crisis:’ report
The U.S. European Command (EUCOM) raised its threat levels in Europe to a “potential imminent crisis” this week as fighting between Russian and Ukrainian forces has escalated in recent days and additional Russian troops are deploying to the region. The Russian troop movements could serve as an early test of President Joe Biden’s commitment to Ukraine.

Since Nostradamus mentions Easter several times, as I reported in my last Post, I suspect that we are closer than we think, and that includes what I have called The Nostradamus’ Butterfly Effect. That means some event on or near Easter could lead up to a nuclear war between NATO and Russia.

The Air Bridge has been continuing to the Middle East and Ukraine and began before the 2020 Presidential Election, as I have described here, and shown through screenshots from ADS-B Exchange. Military aircraft movement gives some hints to the game afoot; it is Real Stuff that Fake News cannot spin.

I have monitored ADS-B Exchange since I first reported the Air Bridge to the Middle East prior to the Presidential Election in November of 2020. This has been going on for awhile. So, all of this is Pre-Joe Biden; readers should keep this in mind. This was planned when Donald J. Trump was still the President, probably even before him.

March 30, 2021
MyPillow’s Mike Lindell claims Trump will ‘be back in office in August’ in Steve Bannon podcast rant

I think we might see a Nostradamus curve ball.

If the Biden Administration is thrown out and Trump returns in August, Barack Obama will follow with a full-up coup d’état, and most likely it will be as bloody as Nostradamus describes.

What I wrote about Barack Obama’s triumphant return after a Trump failure equally applies to The Return of Donald J. Trump after a spectacular Joe Biden military failure. Maybe Senile Joe Biden is being made the sacrificial lamb to start a nuclear war with Russia and China.

This is how Nostradamus’ prophecies can sometimes roll. As I have mentioned in all of my books, there is The Nostradamus Ironic Twist to every prediction. Just when you thought you had figured it out, you don’t.

As events in Ukraine now prove, I can get close to how a prediction will unfold, but not exactly. I suspect that powerful people have their own Nostradamus Experts, and everybody is trying to cheat prophecy, hence two Popes and bony Prince Harry (Henry), the American. He will be sold sold as Nostradamus’ Henri V, while his wife, Meghan Markle, future Presidential candidate, will be sold as The Great Lady. These are my favorite examples.

March 31, 2021
Why Meghan Markle Will Run for President, According to Biographer

This is why I am slowly coming to believe that Donald J. Trump was another ringer sent in by the social engineers. Trump loved his Neocons. They are the continuity in the game plan. Sadly, I do not think we have heard the last of him.

My interpretations are not spot on most of the time, but I have narrowed down the possibilities. By discovering a basic structure to all of Nostradamus’ published prophecies in The Centuries, The Presages, and The Sixains there are what I call Triplicate Series. Three, seemingly connected, prophecies will appear consecutively. These will often be followed by another Triplicate Series, and then sometimes another.

In the Appendix of Nostradamus and The Third Age of Mars, The Complete Prophecies of World War III, you will find what I consider Triplicates in every Century, Presage, and Sixain.

There are a total of 1,171 recognized Nostradamus prophetic poems. Most Nostradamus Commentators discount The Sixains. I do not.

Nostradamus and The Third Age of Mars, The Complete Prophecies of World War III,
G. A. Stewart, 2019, Page 23
Counting the known Quatrains, Presages, and Sixains published in English to date comes to 1,140 prophetic poems. There have been an extra 27 Quatrains found, making the recognized total 1,167.

I discovered evidence that points to more than the recognized 141 Presages. Four of those unpublished Presages appeared on my Website in 2016, and then appeared in Nostradamus and the Third Age of Mars, Volume I, making the new total of published poems 1171.

The public has not read those four Presages in nearly five-hundred years. Three of these Presages are a very important Triplicate.

The Ukrainian War Series that I have presented in the last Post is just one of the series of nested Triplicates inside Century III.

WAR IN UKRAINE AND SOUTHERN POLAND

Nostradamus Quatrain III-57
Seven times will the British nation change
Steeped in blood in two-hundred and ninety years:
Free not at all its support Germanic.
Aries [war] doubt his pole [flag or missiles][in] Bastarnan (Ukraine/S. Poland).

THE DEFENDER OF UKRAINE

Nostradamus Quatrain III-58
Near the Rhine (River, Germany) from the Noric (Austrian) mountains
Will be born a great one of the people arriving too late,
One who defends Sarmatia (Ukraine) and the Pannonians (Western, Hungary),
One will not know what will have become of him.

Nostradamus and The Third Age of Mars, The Complete Prophecies of World War III,
G. A. Stewart, 2019, Page 718
If you read Nostradamus and the Age of Desolation, then you understand that I had just confined this Quatrain to The Arab Spring. Barack Obama is a self-admitted Muslim. In 2013, Barack Obama was ready to attack Syria after another claim of a chemical attack on civilians by the Syrian army, but Vladimir Putin managed to defuse the situation.

We can look at “his blood” as Barack Obama a Muslim who brought death and destruction to Muslims in North Africa and the Middle East.

Then we can also look at “his blood” as Barack Obama an American citizen who brought death and destruction to Americans.

As you read in Chapter Ten, Putin even appealed to reason through a September 11th, 2013 New York Times Op Ed piece.

Nostradamus and The Third Age of Mars, The Complete Prophecies of World War III,
G. A. Stewart, 2019, Page 359
In Quatrain III-59, “Barbarian empire usurped by the third” is another reference to The Third Antichrist. Again, the noun, “the third”, is “usurping” an empire. Here is where the interpretation becomes difficult; the boundaries of “Barbare empire” are ambiguous.

Since the following Quatrain III-60 mentions “A Young Black King filled with felony”, “Bloodshed through absolution”, and “Throughout all Asia great proscription”, they are historically accurate descriptions of The Arab Spring.

In Quatrain III-61, “The great band and sect of crusaders”, “Drawn up in Mesopotamia [Iraq and Syria]” is certainly a reference to NATO forces.

THE ARAB SPRING AND THE GREAT PROSCRIPTION

Nostradamus and The Third Age of Mars, The Complete Prophecies of World War III,
G. A. Stewart, 2019, Page 360
Proscription comes from the Latin word Proscripto. The Roman Empire coined the word to designate its allies and enemies. The administration of Barack Obama engineered and executed The Arab Spring.

Nostradamus Quatrain III-61
The great band and sect of crusaders
Drawn up in Mesopotamia [Iraq and Syria]:
Near the river [Euphrates/Tigris] a light company,
That holds such law an enemy.

Nostradamus and The Third Age of Mars, The Complete Prophecies of World War III,
G. A. Stewart, 2019, Pages 721-722
This is clearly the present situation with the United States military supporting the assaults on Iraqi cities occupied by the ISIS terrorist army, as well as the U.S. bases being established in Syria despite Donald J. Trump’s supposed withdrawal.

I suspect that there will be no military pullout from Syria and Afghanistan. After an incident with Iran, the 41-Nation Sunni Islamic Alliance forces will assemble on the Jordanian and Syrian borders.

Nostradamus Quatrain III-62
Near the Duero (Douro River, N. Spain) and the closed Tyrrhenian Sea (NW Italy)
He will come to pierce the great Pyrenees Mountains.
The shorter hand and his brilliant pole,
At Carcassonne (SW France) conducting his plots

Nostradamus and The Third Age of Mars, The Complete Prophecies of World War III,
G. A. Stewart, 2019, Pages 722-723
Since I have just covered two sets of Triplicates, do note that they began with war in Ukraine and then mention the Third Antichrist and The Black King, followed by war in the Middle East, and then come back to war in Europe.

In this Quatrain, we may have the description of the possible use of a Directed Energy Weapon, “sa perçée gloze”. “Perçée” is to pierce or breakthrough. Edgar Leoni also sees it as possibly Old French for “pole”. “Gloze” becomes the puzzle word.

Is it “glose”, meaning “brilliant”, “glossy”, or perhaps “glows”? Again, there can be multiple aspects to an interpretation, a “glowing pole”, a “glossy missile”, or even the fiery exhaust of a missile. Whatever it is, it aids in the military “piercing” or “breaking through”.

Readers should always keep in mind that most of this material was written over a decade ago, and now is that time. Very shortly we will discover how this series of Triplicates are connected.

I have prepared people in my circle by telling them that if you hear of large-scale fighting in Eastern Ukraine, you have approximately 24-hours to make some very serious decisions. It is a time to be very concerned. 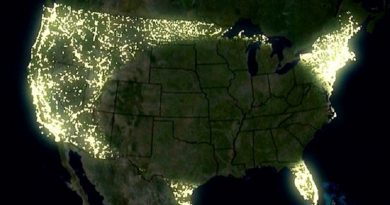 Protected: EMP ATTACK – THE PRISONS OF HELL ARE OPENED

January 18, 2018 G. A. STEWART Comments Off on Protected: EMP ATTACK – THE PRISONS OF HELL ARE OPENED

December 1, 2018 G. A. STEWART Comments Off on Protected: ALMOST THERE 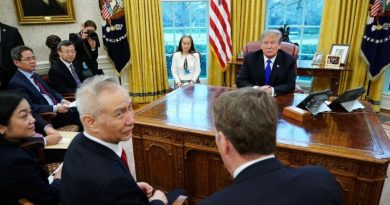 Protected: THE END OF THE TRUMP PRESIDENCY HAS ARRIVED

May 7, 2019 G. A. STEWART Comments Off on Protected: THE END OF THE TRUMP PRESIDENCY HAS ARRIVED