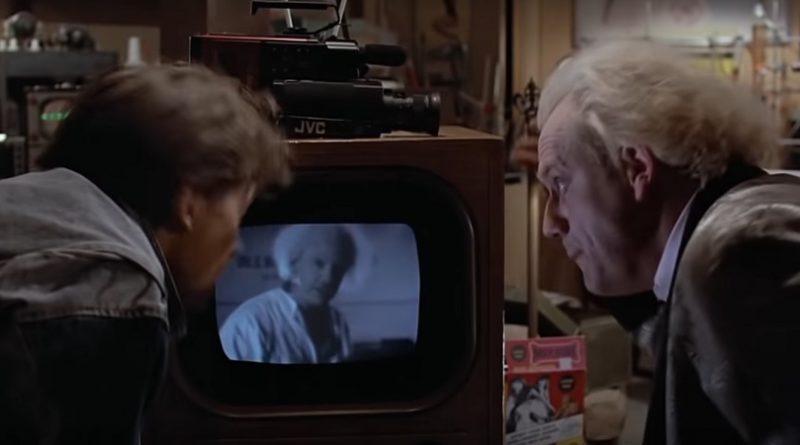 There is a great deal of interest in the current Patent issued by the Navy. I read through the Patent and was not surprised to see that The Poynting Vector plays a key role in the theory behind the Inertial Drive Craft.

December 16, 2020
Emails Show Navy’s ‘UFO’ Patents Went Through Significant Internal Review, Resulted In A Demo
The more we learn about the bizarre inventions Dr. Salvatore Pais patented on behalf of the Navy, the more questions we have.”

Tom Bearden has been writing about the The Poynting Vector for over three-decades. I already had the MathCad Worksheet built that included how to calculate The Schwinger Limit, mentioned in the Patent, and I also believe The Planck Limit is important to Bearden’s work and The Heaviside Field, which is the greater aspect of The Poynting Vector, because it includes Gravity.

If you are trying to build a time machine, you will probably want to read this Patent.

Artificially generated high energy electromagnetic fields, such as those generated with a high energy electromagnetic field generator (HEEMFG), interact strongly with the vacuum energy state. The vacuum energy state can be described as an aggregate/collective state, comprised of the superposition of all quantum fields’ fluctuations permeating the entire fabric of spacetime.

High energy interaction with the vacuum energy state can give rise to emergent physical phenomena, such as force and matter fields’ unification.

According to quantum field theory, this strong interaction between the fields is based on the mechanism of transfer of vibrational energy between the fields. The transfer of vibrational energy further induces local fluctuations in adjacent quantum fields which permeate spacetime (these fields may or may not be electromagnetic in nature). Matter, energy, and spacetime are all emergent constructs which arise out of the fundamental framework that is the vacuum energy state.

Everything that surrounds us, ourselves included, can be described as macroscopic collections of fluctuations, vibrations, and oscillations in quantum mechanical fields. Matter is confined energy, bound within fields, frozen in a quantum of time. Therefore, under certain conditions (such as the coupling of hyper-frequency axial spin with hyper-frequency vibrations of electrically charged systems) the rules and special effects of quantum field behavior also apply to macroscopic physical entities (macroscopic quantum phenomena).

Matter is confined energy, bound within fields, frozen in a quantum of time. Therefore, under certain conditions (such as the coupling of hyper-frequency axial spin with hyper-frequency vibrations of electrically charged systems) the rules and special effects of quantum field behavior also apply to macroscopic physical entities (macroscopic quantum phenomena).

Moreover, the coupling of hyper-frequency gyrational (axial rotation) and hyper-frequency vibrational electrodynamics is conducive to a possible physical breakthrough in the utilization of the macroscopic quantum fluctuations vacuum plasma field (quantum vacuum plasma) as an energy source (or sink), which is an induced physical phenomenon.

The quantum vacuum plasma (QVP) is the electric glue of our plasma universe. The Casimir Effect, the Lamb Shift, and Spontaneous Emission, are specific confirmations of the existence of QVP.

It is important to note that in region(s) where the electromagnetic fields are strongest, the more potent the interactions with the QVP, therefore, the higher the induced energy density of the QVP particles which spring into existence (the Dirac Sea of electrons and positrons). These QVP particles may augment the obtained energy levels of the HEEMFG system, in that energy flux amplification may be induced.

It is possible to reduce the inertial mass and hence the gravitational mass, of a system/object in motion, by an abrupt perturbation of the non-linear background of local spacetime (the local vacuum energy state), equivalent to an accelerated excursion far from thermodynamic equilibrium (analogous with symmetry-breaking induced by abrupt changes of state/phase transitions).

The physical mechanism which drives this diminution in inertial mass is based on the negative pressure (hence repulsive gravity) exhibited by the polarized local vacuum energy state (local vacuum polarization being achieved by a coupling of accelerated high frequency vibration with accelerated high frequency axial rotation of an electrically charged system/object) in the close proximity of the system/object in question. In other words, inertial mass reduction can be achieved via manipulation of quantum field fluctuations in the local vacuum energy state, in the immediate proximity of the object/system.

Therefore it is possible to reduce a craft’s inertia, that is, its resistance to motion/acceleration by polarizing the vacuum in the close proximity of the moving craft.

This realization would greatly advance the fields of aerospace propulsion and power generation.

The physical equation which describes the maximum intensity achieved by the high energy electromagnetic field generator (HEEMFG) system is described by the magnitude of the Poynting vector, which in non-relativistic for (accounting for all three modes of motion) can be written as: 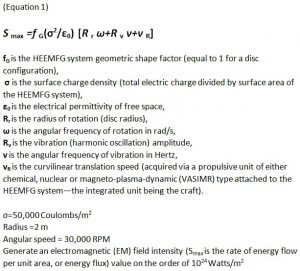 Therefore, if we consider only rotation, given a disc configuration, with σ=50,000 Coulombs/m2,a disc (spinning/axially rotating) radius of 2 m and an angular speed of 30,000 RPM, an generate an electromagnetic (EM) field intensity (Smax is the rate of energy flow per unit area, or energy flux) value on the order of 1024 Watts/m2 (this value does not account for any QVP interactions).

Spontaneous electron-positron pair production out of the vacuum is a strong indicator of vacuum polarization being achieved. Julian Schwinger (Nobel prize winning physicist) gives a value of the electric field (E) on the order of 1018 V/m, for this phenomenon to take place. The mass production rate (dm/dt)pp of particle/anti-particle pairs can be expressed in terms of Smax (energy flux), namely: 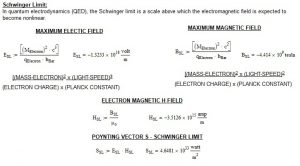 Here is where I will stop with the basic theory behind the Patent design.

What this essentially states is that once The Poynting Vector reaches a certain limit, you can alter the Quantum Vacuum. Altering the Quantum Vacuum means that you can change the rate at which particles form, “electron-positron pair production”. This is bending Space-Time, and this is exactly what Tom Bearden has been writing about since the 1990s.

This Patent gives some numbers that reminded me of that great line from Back To The Future, “1.21 Gigawatts!”

Calculating The Poynting Vector is simply multiplying The Electric E Field and The Magnetic H Field, which gives an answer in Watt per m2. 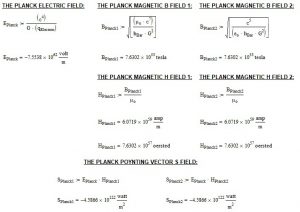 What I have done is calculate the Electric Field necessary to produce a Poynting Vector with the magnitude of 1 x 1024 watt/meter2 with the parameters given in the Patent.

Given a disc configuration, with σ=50,000 Coulombs/m2,a disc (spinning/axially rotating) radius of 2 m and an angular speed of 30,000 RPM, an generate an electromagnetic (EM) field intensity (Smax is the rate of energy flow per unit area, or energy flux) value on the order of 1024 Watts/m2

The left side of the equation produces The Magnetic H Field. 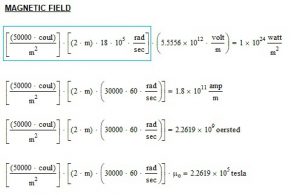 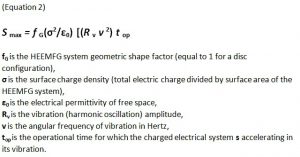 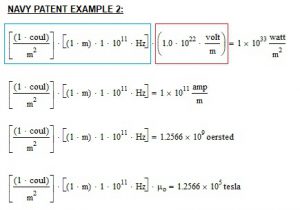 In the second example The Magnetic H Field is in the blue box, and The Electric E Field in the red box. Unfortunately, this Electric Field strength exceeds that of Neutron Stars known as Magnetars. 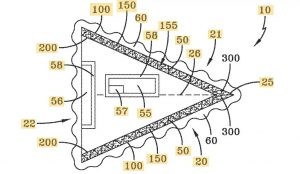 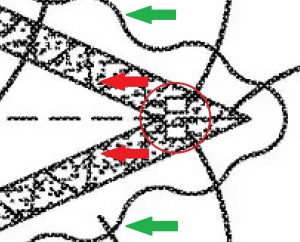 The most powerful Magnetic Fields in the universe are believed to be generated by Magnetars. These stars produce Magnetic Fields on the order of 1 x 1011 tesla. That would roughly equal an Electric Field of 1 x 1019 volt/m. This suggests that perhaps the Navy has already developed some form of exotic matter as mentioned in the Patent.

A recent paper, by the inventor, published in the International Journal of Space Science and Engineering (Pais, S. C., Vol. 3, No. 1, 2015) considers the conditional possibility of superluminal craft propulsion in a Special Relativity framework. It is observed that under certain physical conditions, the singularity expressed by the relativistic stretch factor ‘gamma’ as the craft’s speed (v) approaches the speed of light (c), is no longer present in the physical picture. This involves the instantaneous removal of energy-mass from the system (craft) when the craft’s speed reaches (v=c/2). The author discusses the possibility of using exotic matter (negative mass/negative energy density) to bring about this effect. This may not have to be the only alternative. The artificial generation of gravity waves in the locality of the craft, can result in energy-mass removal (gravity waves are propagating fluctuations in gravitational fields, whose amplitude and frequency are a function of the motion of the masses involved).

There are some interesting possibilities when future technology develops for instance miniaturized microwave emitters powerful enough to alter The Quantum Vacuum. This wave-guide technology could be used with high-strength conducting fabrics; spacesuit-type battle armor with its own force fields could be produced along with the potential for invisibility, flying, and eventually quantum teleportation.

As I have mentioned, Tom Bearden has been writing about The Poynting Vector for over thirty-years. I have been reading his material for that long. There was one concept that I could not wrap my mind around and that was Bearden calling The Quantum Vacuum, The Time Domain.

After I began studying the work of Dr. Harold Aspden, I began to understand. Dr. Aspden believed that his Continuum of Charge, The Quantum Vacuum was time. Colonel Philip J. Corso, author of The Day After Roswell, believed that extraterrestrial ships were time machines. Just by bending space-time, you are essentially time traveling. 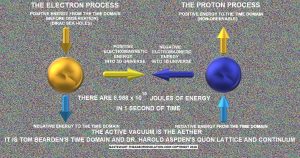 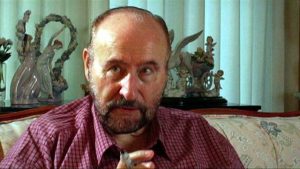 Our work in correcting electromagnetic theory also goes well, particularly with respect to my 1973 statement of the actual mechanism that generates the flow of time. That has now been extended and refined. As with other EM mechanisms, this one is also subject to direct engineering.

The Poynting S-flow theory of Poynting and Heaviside. (Heaviside’s version is much better than the accepted Poynting version, because it includes electrogravitation as well). As you may know, Poynting theory has not been very successfully applied to circuits of any but the simplest configurations. It is used easily and extensively, however, in systems that radiate EM energy into space.

Most EM textbooks shy away from the Poynting flow in circuits…

Every generator and every battery is already a true, free energy source. A source does not add a single electron to the circuit; it does not furnish current to the circuit. (A few very good textbooks even admit this; sources furnish potential difference, i.e. emf, nothing else). The electrons for the current are furnished by the physical materials comprising the circuitry itself.

If all that you draw from the dipolar source is energy flow, it will furnish that energy flow — that S — indefinitely.